In this ISM News Update:

Back to News Updates

We are happy to announce that as from now on future seafarers can follow Dutch flag approved, STCW training Security Awareness completely online. Rood Boven Groen is the first company approved by the Dutch flag authorities to offer Security Awareness (regulation VI/6, paragraphs 1,2 & 3 and section A-V1/6.4) in an e-Learning environment.

This course complies with the following standards and training requirements:

The main focus point has been online identification which makes it possible to follow the online training anywhere and anytime you want.

Curious how it works? Check it out…. www.rbg-training.com

As mentioned in ISM News update 102 as of 31st December 2020, all European Flagged, or European waterborne vessels from >500 GT are mandatory to carry an Inventory of Hazardous Materials (IHM) report on board. Across the world, around 56,000 ships fall within these new EU-Ship Recycling Regulations. Expert resources are expected to become a scarcity, with 30,000 to 40,000 ships being affected.

An Inventory of Hazardous Materials provides information regarding the hazardous materials on board a ship. The report indicates which materials (such as PCBs, asbestos, radioactive substances and hexavalent chromium) are present, where they are stored and the volume carried. The IHM report is a dynamic document and covers the full life cycle of a ship. The report is updated from the ship’s keel laying and throughout its active service life, remaining in place until it is finally decommissioned and dismantled.

The new SOLAS regulation -Chapter II-1, Regulation 19-1, ‘Damage control drills for passenger ships’ will enter into force on 1st January 2020 and will apply to all passenger ships.

This regulation requires that those crew members who have damage control responsibilities participate in a drill at least every three months. Each drill must include the relevant crew members reporting to stations and preparing for their duties, as detailed on the muster list.

If fitted, the onboard damage stability computer should be used to conduct assessments of the simulated damage, and a communications link should be established to any shore-based support. The activation, however, of this shore-based support is only required in one such drill per year.

You can find the changes in SOLAS Chapter II-1 on the following link.

Owners and operators of passenger ships should make the necessary changes to their procedures no later than 1st January 2020.

a. Inspections on ships without compulsory MLC certification

MLC certificate is not compulsory for seagoing vessels smaller than 500GT or seagoing vessels of at least 500GT that are not engaged in international voyages. Even if the certificate is not compulsory, the ships must still meet the MLC requirements. In order to prevent non-conformities during inspections from competent authorities, such as Port State Control, in other countries, the Netherlands Shipping Inspectorate recommends applying for a certificate for these ships.

b. Information about the MLC Certificate

Please find below documents with details of how to meet the statutory requirements and a checklist:

As mentioned in ISM News update 103, the Concentrated Inspection Campaign (CIC) will be held for 3 months, commencing from 1st September and ending on 30 November 2019.

The Paris MoU CIC questionnaire is beginning with the following question:

“1. Is the damage control plan readily available onboard?”

It has been found that Port State Control sometimes causes problems when someone is on the crew list in a position that is lower than the valid certificate of competency indicates (for example, a captain who sails as an OOW). When applying for a certificate of competency, we recommend that you tick several (lower) functions in addition to the position you require. Of course, functions that you can fulfill, given your certificates and diplomas.

Click on our representative below to chat on WhatsApp or send an email to info@roodbovengroen.com 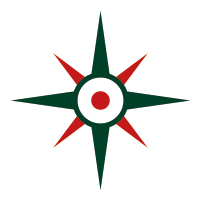